Poly-B plumbing lines are most often talked about in regards to the issues that they can cause in the home, specifically leaks and other problems with the water line. To find out more about Poly-B plumbing lines and why it is so important that you have them replaced as soon as possible, read on to find out what they are, why they cause problems–and what you, as a homeowner, can do about it.

What Are Poly-B Plumbing Lines, Anyway?

The Problem with Poly-B Plumbing Lines

Poly-B plumbing lines were less expensive to produce and easier to install, but there is one primary problem with Poly-B plumbing lines: the chemistry of polybutylene plastic resin. The molecule bond on polybutylene is made with a single bond, which is a weak chemical bond that causes the plastic material to degrade when exposed to UV rays, chlorine and to be weak to physical manipulation.

In many cases, the plumbing lines were damaged before they ever entered a home–they were exposed when they were stored outside in warehouse yards, causing a weakness in the material that would result in tiny pinholes over time due to the physical pressure on the resin from water sources. These tiny pinhole leaks only get worse over time, creating larger leaks and even more water damage.

What to Do If You Have Poly-B Plumbing Lines

The best thing you can do if your home has Poly-B plumbing lines is to have them replaced, especially if the lines have already sprung a leak in the past and needed to be repaired. It will only be a matter of time before the already-weakened plastic leaks again, causing further physical damage and financial damage due to the need for repairs.

The best replacements are copper plumbing lines, but copper can be expensive, which is why you will want to consider other materials such as PEX plumbing lines. PEX plumbing is a cross-linked polyethylene which is a rigid plastic that cannot be bent by hand–nor does it degrade when exposed to chlorine or UV rays.

If you are ready to have your home’s Poly-B plumbing lines replaced, contact Golden Acre Renovations today. We will ensure that your plumbing lines are properly installed and that your home will look better than ever with our variety of premier renovation services. 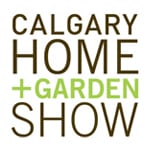 Send us an email regarding your renovation ideas or questions, and we will get back to you as soon as possible! 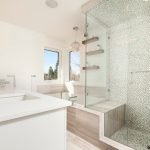